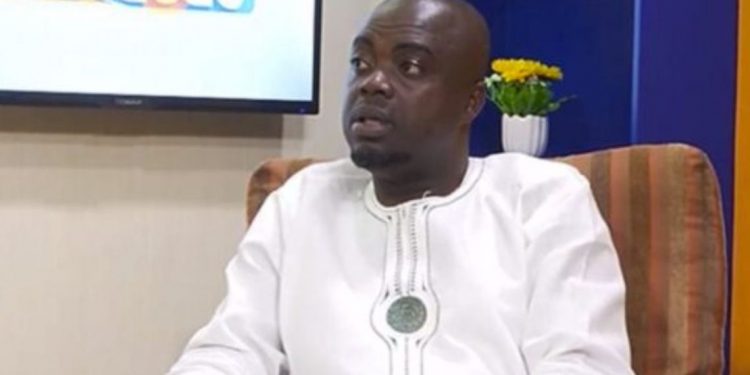 Broadcast Journalist Kwabena Bobie Ansah has condemned the tribal and religious undertones in campaign messages from members of the New Patriotic Party (NPP) ahead of the party’s internal contest to elect a candidate for the presidential elections in 2024.

Mr. Bobie Ansah says he is however not surprised with what is happening as the NPP tradition is deep-rooted in ethnocentrism.

His comments come at the back of the unfortunate statement recently made by Hopeson Adorye in the Ashanti Region.

Hopeson Adorye, who is a former Parliamentary Candidate for the Kpone-Katamanso Constituency, has recently come under serious criticism from his own party, the NPP, following a comment he made with respect to the role of persons from the Northerner’s parts of Ghana in the NPP.

At a health walk dubbed “Aduru Wo So” held in Kumasi for Alan Kyeremanteng, one of leading hopefuls for the NPP flagbearership slot, Mr Adorye said that the Dombos (Northerners) in the party are only meant to serve as running mates to either a Danquah or Busia presidential candidates.

Reacting to this on Facebook, Mr Bobie Ansah, who works with Accra FM, says “but for tribal and religious politics, the NPP can never win elections in Ghana”.

“And their Nasara Coordinator campaigned for a Muslim leader and Hopeson’s ethnic comments depicts their bigotry. They don’t campaign on their competency!” he wrote.

Akufo-Addo’s failure to reshuffle his ministers quite disappointing – Gyampo

Ghana is dead; our leaders are only wishful thinkers – Clement Adjei Sarfo

We use cookies on our website to give you the most relevant experience by remembering your preferences and repeat visits. By clicking “Accept”, you consent to the use of ALL the cookies.
Do not sell my personal information.
Cookie SettingsAccept
Manage consent